Alone in your hide, in the hearth of an old remote forest, let yourself tucking by this mysterious atmosphere, and wake up surrounded of displaying capercaillies.

During the mating season (spring), it is possible to find and observe, quite closely, the capercaillies which perform their special mating display. For photographers and naturalists, we can offer strategic hides so you can enjoy this spectacle without disturbing the birds.

Around the middle of April, the capercaillie begins its display and this lasts until the beginning of June. It’s during this period that this shy creature can be easily observed.
It is at the height of the birds’ activity that we offer you the privilege of spending the night by a lek in a hide specially built for this use, witnessing this magical spectacle.

He is not slow in showing off, opening is tail into a fan and making himself noticed by hopping and starting a strange aria to intimidate the other males and attract the attention of the hens.

From year to year, during the season, numerous males gather in the lek and compete to obtain the favours of the females; intimidating, flapping their wings, attacking with their beaks: each one defending its own particular area where he hopes to attract the hens.

The cocks settle at dusk at the lek where they remain until the following day after they finish their display.

you can also reserve for several consecutive nights.

We meet in Andorra at 3:00 PM (Rendezvous in a place to be arranged). Check on material and pertinent explanations concerning the stay. We travel by 4X4 to the point where we start walking. Each person carries a rucksack with their own things and walk to a hide where we will stay until the following morning around 10 o’clock. You will receive a packet containing an evening meal and breakfast.
2

Departure at 10a.m. After having collected the material and returning to the vehicles, we provide morning tea or a mountain picnic, depending on the time, to get back your strength from the previous day! The trip ends between 12 and 2 o’clock. 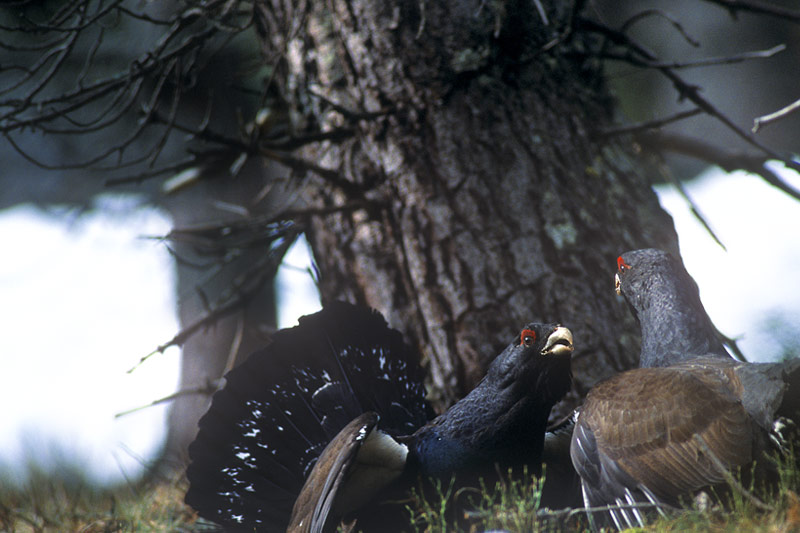 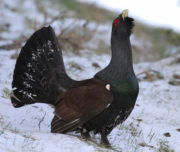 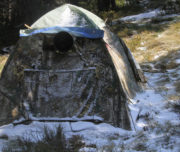 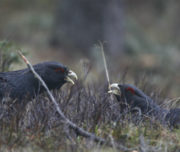 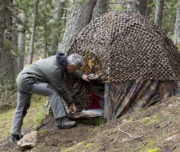 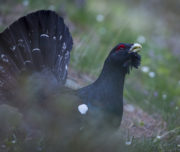 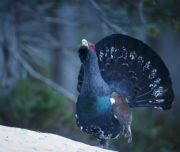 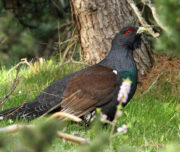 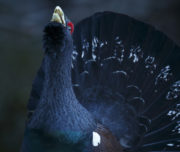 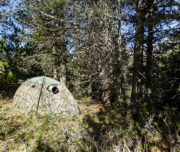 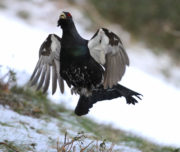